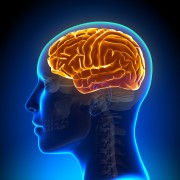 Philadelphia, PA, December 16, 2015 (Newswire.com) - A team of scientists at the University of Nebraska Medical Center (UNMC) and Longevity Biotech, Inc. demonstrated that neuroprotection could be attained in preclinical models by a novel drug candidate that changes immune responses.  The results, published today in the Journal of Neuroscience, describe the prevention of nerve cell damage in a mouse model of Parkinson’s disease.  Notably, the drug protected nerve cells that produce dopamine, which is the chemical responsible for agility and movement that is lost in human disease.

“The results are exciting as they provide a bridge between the immune system and nerve cell protection in Parkinson’s disease,” said Scott Shandler, Ph.D., co-founder and CEO of Longevity Biotech.

"The key finding in our study was that a specific white blood cell subset was produced as a consequence of LBT-3627 treatment and provided protection of dopamine producing nerve cells from being damaged. The neurotoxic immune reaction was halted and LBT-3627 was able to prevent disease."

“The idea was birthed nearly a decade ago when specific types of circulating blood cells called lymphocytes were found to damage the types of nerve cells responsible for disease,” said Howard Gendelman, M.D., the Margaret R. Larson Professor and chair of the UNMC Department of Pharmacology and Experimental Neuroscience.  “The new Longevity Biotech drug (LBT-3627) was able to change the function of these cells from killing the nerve cells to protecting them. This is especially significant for the Nebraska team, as the mechanism parallels closely the human trials nearing completion for Parkinson’s patients.”

LBT-3627 is similar to the naturally occurring vasoactive intestinal peptide (VIP), a well-established anti-inflammatory peptide with beneficial effects across a variety of disorders. VIP is rapidly degraded by the body and is unable to distinguish between its two naturally intended receptors (VPAC1 vs. VPAC2). These limitations have stymied prior translational success using VIP.

In contrast, LBT-3627 specifically targets VPAC2 and demonstrates impressive biological durability. In addition, LBT-3627 has the potential to be administered orally, Dr. Shandler said, which would further improve its clinical prospects and make it more accessible for people with Parkinson’s disease.

Preclinical studies performed by the UNMC team demonstrated that LBT-3627 could achieve up to 80 percent protection of dopamine-producing nerve cells in a mouse model of Parkinson’s disease.  Furthermore, the immune transformation also affected primary scavenger cells called microglia cells that were found ultimately responsible for the neuroprotective activities observed that halted brain damage.

“The key finding in our study was that a specific white blood cell subset was produced as a consequence of LBT-3627 treatment and provided protection of dopamine producing nerve cells from being damaged,” Dr. Gendelman said. “The neurotoxic immune reaction was halted and LBT-3627 was able to prevent disease.”

“There are limited therapeutic strategies available to Parkinson’s patients,” said Marco Baptista, Ph.D., Senior Associate director of research programs at The Michael J. Fox Foundation for Parkinson’s Research, which supported this work together with the National Institute of Neurological Disorders and Stroke and a generous gift from the Blumkin Foundation in Nebraska. “This approach shows one avenue to potentially protect the brain cells affected by Parkinson’s disease and alter disease progression.”

Dr. Shandler said Longevity Biotech is currently progressing LBT-3627 through preclinical development and hopes to begin a Phase I clinical trial in humans by 2017.

Parkinson's disease is a progressive neurodegenerative disorder resulting in motor impairment and non-motor symptoms. Parkinson's is the second most common neurodegenerative disease after Alzheimer's disease.  While a range of medications and surgical interventions are available to treat some of the symptoms of Parkinson's disease, no therapy has been shown to either prevent or cure the disease. Parkinson's disease is associated with a range of medical and societal costs, including frequent medical interventions and hospitalizations, loss of productivity, inability to work, and diminished quality of life for patients and care partners.

ABOUT UNIVERSITY OF NEBRASKA MEDICAL CENTER

We are Nebraska Medicine and UNMC. Our mission is to lead the world in transforming lives to create a healthy future for all individuals and communities through premier educational programs, innovative research and extraordinary patient care.

Longevity Biotech, Inc. is a preclinical-stage biopharmaceutical company developing numerous innovative preclinical programs based on the patented Hybridtide® platform technology.  Specific therapeutic areas include neuroscience, metabolics, oncology and virology.  Each program has a unique set of attributes leading to either first or best-in-class product profiles in their respective indication.

The Hybridtide® platform enables development of longer-acting, higher durability therapeutic peptidomimetics when compared to currently approved peptides which generate billions of dollars in global sales. Hybridtides® are a blend of natural and non-natural amino acids; this combination improves structural and digestive profiles without surface modification requirements such as lactam bridges, pegylation or macrocycles.

The Hybridtide® technology can be applied to most peptides and is available for partnership and/or co-development efforts as appropriate.  For more information, visit http://www.longevitybiotech.com

As the world’s largest nonprofit funder of Parkinson’s research, The Michael J. Fox Foundation is dedicated to accelerating a cure for Parkinson’s disease and improved therapies for those living with the condition today. The Foundation pursues its goals through an aggressively funded, highly targeted research program coupled with active global engagement of scientists, Parkinson’s patients, business leaders, clinical trial participants, donors and volunteers. In addition to funding more than $525 million in research to date, the Foundation has fundamentally altered the trajectory of progress toward a cure.